To help us direct you question to the best team to provide an answer please select which option best descibes you. 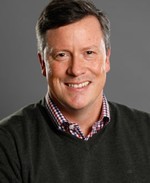 Philip McHugh joined Paysafe in June 2019 as its CEO.

Philip has been an international leader in the banking and payments industry for over 25 years with experience across Latin America, Europe, EMEA, and North America.

Before Paysafe, Philip was the SVP and President of TSYS Merchant Solutions where he drove over 30% growth in two years through M&A, product, and platform investments. Prior to TSYS, he spent 11 years at Barclays where he held a number of roles including global CFO for Barclaycard, and CEO of their Business and Payments division covering merchant acquiring, commercial payments, and sales finance. Prior to Barclays, Philip was with Citigroup for 11 years with roles in Brazil and the United States. Philip has always stayed active in the industry sitting on boards in South Africa, advisory boards for the Payments Service Regulator in the UK, and is currently with the Electronic Transaction Association in the US. 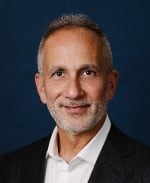 In his dual role as Paysafe’s Chief Operations Officer & Chief Commercial Officer, Danny has a wide and varied range of responsibilities. He also acts as Philip’s deputy across Paysafe; working with him and other executives to help drive the company’s strategy.

In his capacity as COO, he leads the teams who deliver customer services and other operational activities in support of all Paysafe’s business units ensuring best-in-class customer experiences. Included in this is Paysafe’s implementation of state-of-the-art artificial intelligence and automation programs focussed on streamlining and enhancing customer-facing processes.

On the commercial side, Danny and his team are responsible for developing a commercial strategy that cuts across Paysafe’s business units. As part of this, he is also accountable for the company’s global banking and card scheme relationships as well as Paysafe’s M&A agenda and strategic partnership program.

Danny was part of the team that founded Paysafe in 1999 and has throughout his 20+ years with the company maintained his focus on growth – both organic and through acquisitions –strategic delivery, and developing a high energy, fun and rewarding culture. His previous executive positions in Paysafe include many years as Chief Operating Officer and he has also served as Chief Technology Officer and President.

Before Paysafe, Danny served as VP, MIS and Web Development at BCE Emergis, a subsidiary of Bell Canada, and as Director of Operations for AVS Technologies, a leading distributor of consumer electronics in Canada.

He holds a Bachelor of Commerce with a Major in Management Information Systems from McGill University (Montreal) and an MBA from the John Molson School of Business (Montreal).

In his spare time, Danny gets involved in community work and non-profit boards. 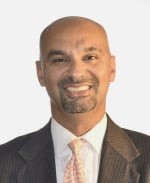 Izzy brings over 25 years of highly relevant experience to the role. He has already held the role of CFO several times before for various global organizations - both public and private – in a range of sectors including commercial banking, custody, and technology. According to those who have worked with him, he is a strategic thinker and has a proven track record in driving results in a collaborative manner. He also possesses deep knowledge of all aspects of the finance discipline including strategic planning, investor relations (debt and equity), M&A, FP&A, internal controls, and regulatory relations.

Izzy joins Paysafe from Branch International, a financial services organization targeting the mobile generation, where he is their CFO. Before that, he was CFO for WageWorks, a leader in administering consumer-directed benefits (CBDs), and prior to that he held CFO roles at Santander Consumer USA and BNY Mellon. Earlier in his career, he spent 14 years in a range of finance and corporate leadership roles at Wells Fargo, a leading financial services company.

Roy joined Paysafe in February 2019 as Chief Information Officer (CIO). Based in our London office, Roy has responsibility for the global IT strategy, running the 24x7 technology operation, cyber security and driving forward our ambitious technology transformation plans which include the cloud-based payments platform.

He most recently worked for Barclaycard where he held the position of CIO since April 2013. Before that he held senior roles at Citi, where he was Director of Business and Technology Transformation, as well as egg, where his extensive Agile IT Development skills were deployed to help re-launch a new digital experience for customers of this internet-based UK bank. 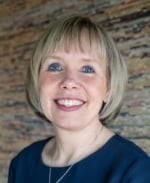 Louise is a proven, digital marketing professional with over 20 years’ experience of leading high growth sales and marketing teams in multiple sectors.

She was appointed to the role of Paysafe’s CMO in October 2019. In this role, she is responsible for developing a results-driven marketing and corporate communications strategy that drives further usage of Paysafe’s B2B and consumer payments solutions. She oversees the company’s team of over 120 marketeers around the world.

CEO Chi-Eun joined Paysafe in October 2019 as Chief of Staff to Philip.

Before joining Paysafe, Chi-Eun was business development director at Barclaycard Payment Solutions, leading initiatives on strategic partnerships, international growth and innovation strategy. Prior to joining Barclaycard, she worked at McKinsey & Co. and LG Electronics Europe. She studied psychology at Yonsei University in Korea and has an MBA from Harvard.

Outside of work, Chi-Eun is involved in a charity called Spear which helps transform lives of disadvantaged youths aged 16-24 years old by helping them get jobs or go back into school. 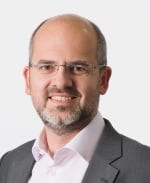 Udo co-founded and launched paysafecard, an award-winning online cash solution, in 2000 and has been the company’s CEO since 2014. Under his leadership, the international expansion of paysafecard has been rapid and the solution is now integrated into the payments’ offerings of multiple high profile brands including Amazon, Sony, Google and Samsung.

It’s available in around 50 countries with more in the pipeline. Also, under his leadership, the team has launched a second online cash solution known as Paysafecash.

Udo’s growth strategy for both paysafecard and Paysafecash, which together form Paysafe’s eCash division, is centred around a move towards mobile, driving further usage in existing markets and expanding into new international territories.

In 2015, Udo was the driving force behind the acquisition of paysafecard’s biggest competitor, Ukash. He holds a Master’s degree in Mechanical Engineering from the Technical University in Graz, Austria, and an MBA in Business Administration from Donau University in Krems, Austria. 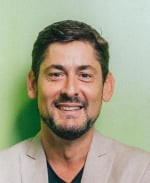 Lorenzo earned his degree in Public Administration and International Institutions Management from the Università Commerciale "Luigi Bocconi", located in Milan, Italy. He also attended the University of Westminster in the UK, where he completed a Business Certificate & Diploma, with a focus on Marketing. 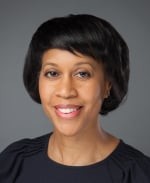 Paulette joined Paysafe in January 2020 and leads Paysafe’s Integrated and Ecommerce Solutions division. Her appointment into this newly created executive role reflects the company’s appetite to accelerate its global integrated payment offerings and cement Paysafe as a leading provider of ecommerce solutions. Within this remit, she leads the strategy around Paysafe’s Netbanx gateway offering, EU Acquiring and ISV relationships.

A high-profile leader in the payments industry, Paulette brings over 20 years’ international experience and deep knowledge of the payments eco-system and payments technology to Paysafe.

Before joining Paysafe she was Head of Payments and Financial Services Partnerships for Facebook where she was tasked with enabling Facebook to accept payments across nearly 200 markets and supporting the build of new commerce and payment propositions across Facebook’s family of apps, including WhatsApp and Instagram. In this role she also led the global business development effort which selected and signed payment partners in the U.S. and other markets.

Paulette is also currently a Non-Executive Director of the FTSE 100-listed United Utilities Group plc. Paulette was recently named one of the most influential women in payments by PaymentsSource (March 2020). She was also named as one of the UK’s top 10 most influential people of African or African Caribbean heritage in the 2019 and 2020 Power List and is also listed in the Digital Banking Club’s Power 50 – a list of the most influential thought leaders in European financial services.

Richard brings extensive knowledge of the risk discipline gained during a 30+ year career which has seen him work in Europe, Asia and the US. He started his career working in the public sector as an Officer for the UK’s HM Customs & Excise followed by more than 25 years in banking, commercial finance, insurance, telecoms and payments with a focus on risk management, compliance, operational effectiveness, strategy and business development. Richard has also led initiatives in developing markets with an emphasis on financial inclusion.

He joined Paysafe from PayPal where he spent the last nine years leading their global risk and compliance strategy and was instrumental in supporting significant growth for the business.

Nick is Paysafe’s Chief HR Officer and has been with the company since 2012 when he joined Skrill. Prior to this, Nick has worked in multiple international HR roles within the technology industry including stints living and working in Malaysia and Paris; carving out a niche in international HR, acquisition, transformation and change.

Elliott joined Paysafe in 2011, is based in our London office, and has responsibility for legal, privacy, compliance and company secretarial matters within the Group.

Elliott started life as a corporate lawyer working at a few different London-based law firms principally on mergers, acquisitions and other corporate transactions. He made his first move in-house in 2008 when he became Senior Legal Counsel at MoneyGram. In this role, he was responsible for legal affairs in their Northern Europe and Asia Pacific.

Afshin joined Paysafe as its CEO, U.S. Acquiring, in July, 2020, bringing over two decades’ leadership experience in payments. In his role, he is charged with bringing to life Paysafe’s vision of being the U.S.’s leading payments solutions provider.

Before joining Paysafe, he was President of Priority Payment Systems (PPS), a Georgia-based payments technology company serving over 174,000 American merchants. Before that, he held the role of President and CEO of New York-based Cynergy Data until its merger with PPS in 2014. Earlier in his career, he served as Executive Vice President and General Counsel of iPayment and was instrumental in the formation of the company – itself acquired in by Paysafe in 2018.

Afshin holds a Bachelor of Business Administration (BBA) degree from Emory University’s Goizueta Business School in Atlanta and a Juris Doctor (JD) law degree from the University of Miami in Coral Gables, Florida.